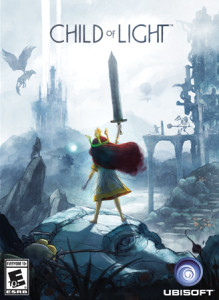 Finally finished playing one of the more unique games I’ve played in quite some time. I downloaded this game on the Wii U (also on other consoles too) a while ago after reading some very positive reviews for it.

It was a really cool, little adventure rpg. The artwork was really impressive. It looked very similar to the cartoony style available on other Ubisoft games, notably the newer Rayman games.

What I also found to be quite clever was the nursery style narration where most everything rhymed. While there were a couple of instances where it felt a bit forced, overall it had a really cool mood to it.

I liked that it was super long and really drawn out like many rpg games tend to be. Granted, that’s great when you can get all of those hours our of a game, but I’m old and have a job and just don’t have all the time to play games for that long much these days. So this one worked out really well.

I once believed that downloadable games were lesser than their boxed counterparts, but this and several other recent releases are really starting to change that perception for me. This was a really great little game.