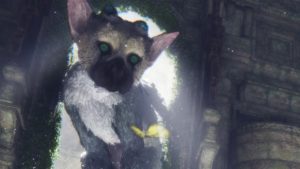 Co-worker Kevin was kind enough to lend me The Last Guardian. He hadn’t even opened it yet, so I asked he open it before officially lending it to me. I thought it would be wrong if I opened someone else’s game.

Overall I did enjoy the game very much, but it did have some fairly big flaws.

The controls are very tough and the game just throws you out there. While I would eventually enjoy both of those as I progressed, it was tough in the early going and I’d suspect most would bail out of the good stuff as a result. There was one part where I knew exactly what to do, but it took around 45 minutes just to get him to dive where we needed to go.

Your pet pal Trico is awesome. Each movement, sound and reaction give this massive dog bird such a realistic and warm experience. The more you play the more attached you get to the big guy. It’s really amazingly well done.

As the game progressed I really got into it. Solving the puzzles with the help of Trico was very rewarding.The tale was very well done and the story was expertly crafted. You really start to care about Trico a great deal, and the ending is pretty rough to to through. It’s amazing sad and happy at the same time.

While I’m not sure this game is for all, if you do play it though I think you’d be very pleased. One of the better and more unique games I’ve played in a while. 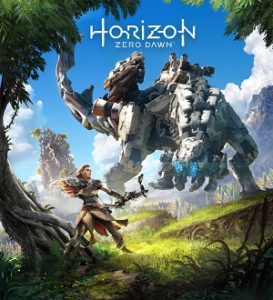 I couldn’t turn down the great Black Friday deal a few months ago and picked up a PS4. Since then I’ve been going through some of it’s greatest titles, The Last of Us, Ratchet and Clank, Uncharted 1-4, and The Witness. All were extremely excellent games.

The game was vast and the production values were top notch. Extremely impressive down to the blades of grass. It really is amazing how far the art in games has come along.

The story was pretty solid too. It’s amazing how impressive character development is. You really want to genuinely help a couple of the characters you meet in the game. Plus having your friends play a role in the end of the game was great way to end it.

I’m looking forward to upcoming DLC expansion packs to keep the world going. This was a really fun one for me and I’m glad I picked up a PS4 a couple of years late so there was so much great stuff to play through. 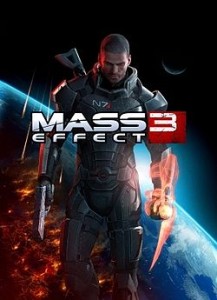 I finally got around to finishing up Mass Effect 3, the third chapter in a pretty amazing series. The first two were great, and some of my favorite games. The sci-fi world and characters really are well done.

What really makes the games great are all the decisions that you must make. Though it’s only a video game, some of the decisions you are faced with are pretty tough to decide on. There’s moments where you can save an entire race, but at the cost of another race. What’s impressive is how the game actually has you caring about a silly video game decision. Well done.

I recall hearing a lot of complaints about the ending, but I didn’t have any problems with it. I thought it was very well done, and a fine closing to an impressive trilogy. Amazing series and some of the finest science fiction I have come across in a long time. Always a pleasure playing alongside Garrus, Liara, Joker and countless other characters. 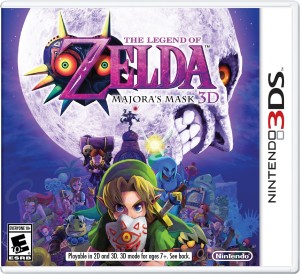 The strange and bizarre Majora’s Mask was one game that I had missed out on. I believe it came out towards the end of the N64 days and I just wasting playing much back then. When I saw that it was being re-released on the 3DS I knew I’d have to give it a shot.

It was really creepy. The whole mood was just creepy. A scary face on the moon crashing down, the world ending on almost every play, and just the strange towns people made for a really creepy experience. It was most bizarre.

The game itself was pretty great. I got it during the coldest winter I could recall, so it gave me something to curl up into a ball and entertain myself with for a bit.

The game was very difficult. I have no idea how kids figured some of it out, especially before the Internet was so popular when it was first released. I was thoroughly stumped many times. I still haven’t beaten the last boss, but will have to give him some more tries. Again, the last boss is so very bizarre.

All in all a very interesting game that brought some entertainment during a very cold and lazy time. 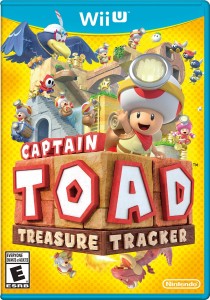 Having just moved and still settling in I needed something goofy to occupy some free time a month or 2 ago, I picked up a copy of Captain Toad: Treasure Tracker for the Wii U. Seemed like a light puzzle game, something not too involved.

I was impressed. The art and concept were really cool. Captain Toad and Toadette were very amusing, and the bright colors were refreshing break from what seems to be so many dark and violent video games.

While most of the puzzles were fairly easy to solve, some of the hidden things on the levels were a bit challenging. I do believe I do consult the internet to figure a few out (aka cheating). 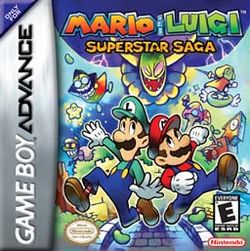 As a fan of the goody Mario & Luigi series, I did download a copy of the first installment when it was made available on the Wii U. I believe it originally was released on the Gameboy Advance in 2003, but it was still quite a fun and goofy game to play today.

I’ve always enjoyed the humor in the others in this series and this installment was no different. I am aware that I’m a grown man, but these games still crack me up and are a lot of fun to play.

It entertained me for a few weeks and really helped relax during some pretty intense weeks as well. Apparently buying a home can be stressful at times, but playing a silly Mario & Luigi game is the polar opposite of that experience. It was a fine escape at times.