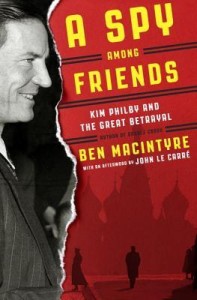 As a fan of history I figured I’d give A Spy Among Friends a read when I noticed it at the library. With a bunch of days off of work for the Winter break, I went through it fairly quickly.

It was a really interesting. I had no idea that the Soviets had a spy to deep into  the British and US spying agencies. It was really amazing how long he kept it going. I couldn’t imagine going that far and for that long without getting caught.

Who knows just how much he had tipped off over the years. Kinda crazy to think about that.

So many of the characters seemed larger than life and straight out of a James Bond movie. I guess it was a lot different back then during the Cold War. Very interesting. 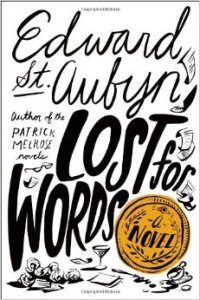 Continuing my new reading streak, I was a bit stumped as to what to try next. Nothing in the new arrivals section stood out, and I’ve read much the past few years so most popular options are now gone. So I ventured to where the library will put out some featured books on the end of the aisles. I’m not sure who put them there or the rhyme or reason, but decided to give it a look.

I randomly went with Lost for Words. No particular reason at all, just picked it. Cover didn’t stand out, didn’t recognize the author, etc. A true random selection.

The book turned our to be alright. It seemed ok, but really wasn’t my type. Though it seemed to mock pretentious writers/reviewers of literature, I just found it to be a bit too pretentious for my overall tastes. I suppose I’m just a bit too simple.

Overall it wasn’t too bad, and I’d probably recommend it to others. Just not so much for myself. 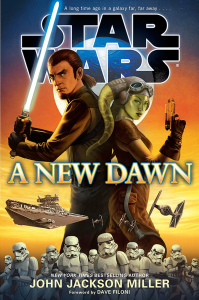 My consecutive reading streak had finally broken. For several years I had been continually reading something, anything from my local library. With all the recent stuff going on in my life, I finally just didn’t have enough time to keep the streak alive.

So, a month or so had gone by where I wasn’t reading anything! Crazy, I know but I decided to get back to reading with the book that I hadn’t finished last, A New Dawn.

It’s a prequel book to the new show Star Wars Rebels. The few episodes of the show I’ve seen so far seemed pretty cool, so I figured I’d read up to get a better idea of some of the characters, story, etc.

Overall the book was ok. To me Star Wars books aren’t amazing works of literary greatness and do get a bit repetitive at times, but with all that aside it was pretty good. If focused mainly on Kanan and Hera who are two of the main characters on Rebels.

Their tale is a bit of a Star Wars cliche, but then again that’s what is expected from the series. The main villain,  Count Vidian was pretty cool. The author did a great job making him a creepy, efficient cyborg.

An ok overall story with an exciting finish. Glad I got back to reading! 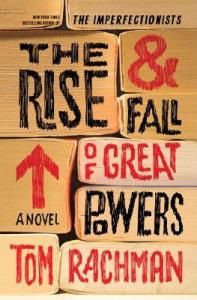 I do enjoy my recent complete random reading of library books. While it can be a bit of a risk, it is refreshing to just read something that you have no previous expectations of.

I picked The Rise and Fall of Great Powers thinking that it was about the Soviet Union or some other historical nation. Turns out it was a novel (as was written quite largely on the cover looking back).

I did enjoy how it jumped through various points in time from chapter to chapter, past, to near present, to a bit further back. That was a pretty interesting technique. I was always pleased at not really having any idea just how things would turn out.

I really expected a bit grander of a surprise twist at the end, but it wasn’t. And that was a surprise in itself.

Turned out to be not too bad and completely different than what I had expected. 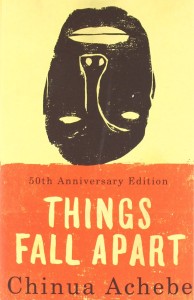 I’ve found that I’ve been very much stumped with what to read next. I suppose much of that is due to just how much I have read over the past few years. While I know it’s the furthest from the truth, it does feel as though I have read most everyone by now.

So, while at a loss at the library I Googled the 100 best books ever. High atop all the various lists was Things Fall Apart. Lists cannot be wrong, so I went with that.

This edition of the book did have a built in bookmark, which I found to be very cool. A simple string built into the book itself, genius.

While it wasn’t a bad story at all, I’m not sure I’d place it so high on my list. It was good and got you thinking, but I guess I went into this one with a bit too much hype considering the ranking I had found online.

I did agree much with the whole concept of not understanding the customs of others. It does frustrate when I hear others wanting to “fix” others problems, thinking that their way of doing things is of course the “right” way. I see this happen all the time, especially with the ease in which social media allows others to share their thoughts and opinions.

I think if I didn’t get my hopes up so high going into this one I’d of enjoyed it more, but it was still a fine read and glad I checked it off my personal list. 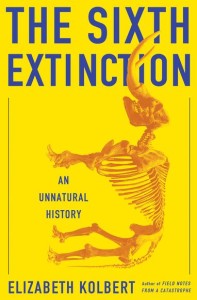 Always been a fan of the animals, so I gave The Sixth Extinction a shot. Though a book about extinction would be a bit somber, it’s always interesting to learn about what’s going on in this fine world.

Though I already was aware of the previous five extinctions (thanks in part to the recent refresher from the fine show Cosmos), it was nice to learn more about each. It’s amazing just how close all life had come to cease existing altogether on numerous occasions. It make the whole life thing even more impressive.

What’s very sad is the rapid rate of some current trends that are leading many species towards extinction. While I have noticed less of certain critters over the years, it was very interesting to find out about the rapid decline of toads. I was just commenting on how few of the little guys whom I use to see in abundance every summer are around any more where I live.

Also a super bummer was to be reminded about the dwindling numbers of the large mammals and apes. Rhinos and gorillas are so amazingly cool, but sadly there just aren’t many left in the wild. So sad.

This was a very informative book, and kinda got me a bit more reenergized to to a bit more to help the planet out.