At work every morning after a new episode of LOST airs we all gather near my desk and discuss what we thought of the previous nights episode of LOST. It’s actually pretty fun, and quite funny just how involved we have all gotten with the show.

Recently we heard of a fan promo contest to create a 35 second commercial for the upcoming finale. So a group of us decided why not?

We reviewed the official rules, and viewed what had already been submitted. I then printed out some storyboards for us to fill out with our ideas. We all had some great ideas, but they all seemed to have one connection, and that was how this show has brought so many different people like our office together.

Working on this was a lot of fun. I got to work with people I never work directly with, but happen to work a few feet from. We spent just a little bit of time on it, but think it turned out pretty nice.

When I saw the first season of Transformers on DVD, I immediately picked it up and bought it, no hesitation. When the Transformers cartoons first aired in 1984, my brothers and all my friends at the time were instantly hooked. The rist now was would I still enjoy watching them after all these years, or could this possible ruin the fine memory I have of what was an amazing show.

I gotta admit, they held up very well. The stories weren’t that bad at all. The whole end of the world when cybetron is brought to Earth was pretty cool. Always was a sucker for those end of the world plots. I gladly went through all episodes pretty quickly.

Starscream is still my favorite character. Gotta root for the bad guys. They come so close to ruling the universe too, it’s almost sad to watch them fail. I forgot that the Constructicons made their first appearance in the first season, so that was a nice surprise.

The quality is pretty solid, considering how old it is. The extras provided are so-so, nothing too amazing. 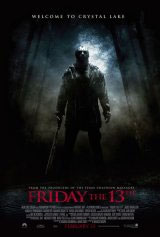 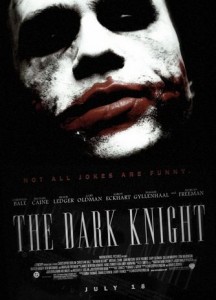 While walking there we were the witness to a truly classic event. Â Chris was delighted to see some money poking up from under the boards. Â While he eagerly reached down to pick up this monetary gift, so it vanished right before he could get his hands on it. Â Wow, he’d fallen for one of the oldest of boardwalk pranks. Â It was great, I couldn’t stop laughing that he fell for it and I’m sure those kids under the boardwalk with the money have quite a tale to tell when they go back to school in a few weeks.

I thought the movie was really good. Â Usually I’ll go see a comic based movie just because I used to be so into comics. Â And I end of liking them just because I’m so familiar with the characters and stories. Â But this was a good movie even if Batman and the Joker weren’t in it. Â

The Joker really stole the show. Â He was dark and twisted, yet comical at the same time. Â He really made the movie. Â I wasn’t expecting the whole Two-Face story, so that was a cool surprise too. Â Very good movie, go see it if you haven’t already.

My friends and I stumbled upon another classic film last night. Â Silent Rage, which starredÂ Chuck Norris. Â Nothing like watching aÂ NorrisÂ film, the man is arguably on of the finest actors to ever grace the silver screen.

The film was originally released in 1982, and it shows. Â From the attire to the hair, clearly the wonderful early eighties. Â The plot involves the sheriff of a small town played by Chuck Norris who finds himself face to face with an unstoppable (until he met Chuck of course) bionic killing machine.

The fight scenes are vintage Chuck Norris. Â The music is really cool, lots of Casio synthesizers. Â Unfortunately we did miss the beginning, so I’m not too certain how John Kirby (the bionic killing machine) became the unstoppable force that he was in the film. Â This was a very entertaining film, mostly for the wrong reasons, but entertaining nonetheless. Â

I’m not sure how or why, but I wound up watching many very bad B horror films this weekend. The one that really stood out amongst the crop was Blood Diner. Scott picked it from what was available On Demand, and we all just sat there and watched. Apparently the film was form 1987 and involves two brothers who open a diner and kill people in hopes of resurrecting an Egyptian goddess Shitaar. Oh yeah, under the guidance of their uncles’s brain that lives in a jar.

There was also a wrestler by the name of Little Jimmy Hitler. So as I’m sure this post makes no sense, the film made even less. This movie was horrible, one of the worst I’ve ever seen. But the name Shitaar will forever be etched in the minds of those whom braved this film on that night. Looking for a really bad B horror film to laugh at then this gets the highest of recommendation.